I hope you had a wonderful Christmas. Is it too early for a serious post? Nah… I didn’t think so either. 🙂

We have done serious damage to this world. Very serious damage. That is undeniable. And it seems irreversible too. And that’s why it’s a great time for God to step up and demonstrate His power to this generation!

The problem is real

First let’s get our feet on stable ground. What are the facts in this situation – do we have reason to fear? Here are just 4 small samples of the problem.

Should we be afraid?

So, should we be afraid? Well… if nothing happens, if nothing changes… then YES!

But. I maintain that God, through Isaiah, wrote about the times we live in…

For behold, I create new heavens and a new earth. And the former things shall not be remembered or come into mind – Is 65:17

For thus says the Lord–Who created the heavens, God Himself, Who formed the earth and made it, Who established it and did not create it to be a worthless waste; He formed it to be inhabited–I am the Lord, and there is no one else – Is 45:18

Just look at the lovely world we live in… He did not form it to be a worthless waste, He formed it to be inhabited… and it’s going to get even better! 🙂 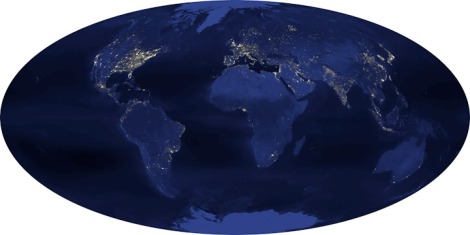