This is a part of a series

Pls forgive me if Im speaking too soon… but… I think after DECADES of trying and trying and trying… Im finally getting the hang of how this Christianity thing works. You know that moment when you are learning to ride a bike and you stay on long enough for it to be a little bit fun? I think Ive reached that moment. Yay Jesus!

‎** 7 ** things Ive learned about Christianity… its both easy and very hard. The hard part is the self discipline of the walk.

1) The easy thing is to understand that you can only ever add your yes and amen to what He did on the cross. What He did is complete. He restored ALL things. He made them new. Period. It is this truth that has to be accepted like a child. Only those who accept this truth like a child accepts what their parents tell them… ONLY those people can see the Kingdom of God and its only those who get into the Kingdom of God.

2) The hard part is when you try to love… then you start to see that you will have to sacrifice yourself, you will have to take a back seat to others, you will have to serve, you will often be last… and sometimes… you will have to stand up and say no and know when to lead, because that is also love in some situations, sometimes its what people need. And loving people means being ok with not being thanked and maybe even being misunderstood. Loving someone who is terribly hurt is sometimes like looking for an entrance to a fortified city. You know that the fortified city needs love and is protecting itself from being hurt. America is just like that, it is so busy protecting itself, that it is shutting out faith and hope and love (by that I dont mean this blog, I mean the seed of hope which results in the growth of faith and love from and for God). 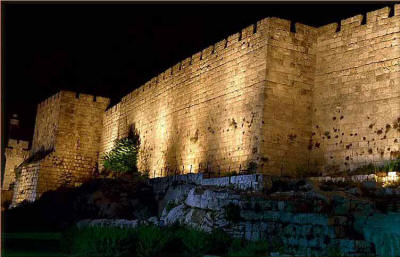 Figuring out how to love the unlovely

3) The OTHER hard part, which SEEMS like it contradicts the first bit (only adding your yes and amen) is that the Kingdom indeed is TAKEN/GRASPED/SEIZED violently and the VIOLENT TAKE it by FORCE… we indeed have to GRAB the Kingdom… our yes and amen is a violent denial of what we see around us and a violent assent to what we see happened on the cross! I have to set my face like flint… and let my yes be yes and my no be no.

The violent take it by force

4) This is the hardest bit that Ive struggled to learn. It seems like Jesus Christ simply spoke and people were healed. For Him things seemed so easy. And for Paul too. But Ive had to learn that Jesus Christ’s Kingdom parables all spoke about growth, time passing, seeds being watered, growth and Ive discovered that indeed the Kingdom of God needs daily watering… actually… what Ive found is that every yes and amen is not a once off assent, it is a daily assent, daily watering.

5) Ive found that the key to it all… is not just yes and amen… its not just assent… its not just claiming the promises… its not just doing this daily (watering the seed so it grows)… its how we speak… out mouths hold life and death, our mouths are swords… we need to speak the truths of what Jesus Christ did on His cross over our lives… those truths ARE the seeds and as we speak them daily they begin to grow.

6) And I’ve learned… to deal with MY plank in MY eye first, before worrying about the speck in your eye. And as I deal with the plank in my own eye FIRST, then I see the power and freedom and joy in my life and I want to give it away to others, but until they can taste and see that the Lord is good, until they can see His life, His fruit, His water, His salt in my life… until then and only then are they willing to receive from me. And only THEN can I give to the people around me. 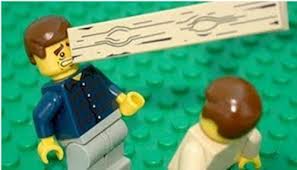 Deal with the plank in my own eye first

People letting God heal them (through me)

Thats my lessons Ive learned… and Im seeing all the seeds that Ive planted and watered daily (watered with my words of my confession) are all growing and people are seeing it and responding.

So let me go back to my riding a bike analogy… the bike still falls over… its early days. But I manage to get it upright for a bit longer more often now. Im riding! Praise Jesus Im riding!!

One response to “7 things Ive learned about Christianity”