Waaaay back during 2008-2010 I was praying for the drought in Australia to end. And I documented the whole thing in this PDF.

You can imagine my excitement when the prophecy came true and I was able to write this post: Murray River (finally) begins to run – fulfillment of prophecy if you visit that post be sure to watch the animated gif. Thank You Jesus.

That is well in the past now, but a moment ago I bumped into another interesting bit of evidence.

This graph shows the Murray River Lock 1 with no water running through it for many years and then it opened as a result of record rainfall in 2010.

Source: jennifermarohasy.com and the chart was sourced from the Murray Darling Basin Authority.

It’s sad to see the subsequent decline in water flow. It seems that little or nothing was learned from the experience. It’s well known that if we don’t learn from the past we are doomed to repeat it.

Perhaps future generations will learn from history and choose to do things differently. It’s for them that I record this bit of history.

One additional note… you might be wondering where the “lock flow” was during 2009 given all the massive rainfall during that year?

You can view the “special climate statements” for those years here or view this image.

and here you can see the rainfall for the Murray Darling Basin – note the spike in 2010. 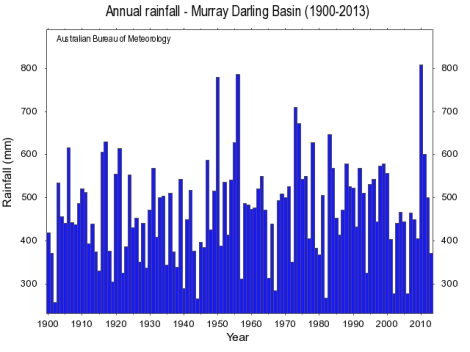 So where did all of that water go? Why didn’t most of it make it down to the lock?

I remember during Feb 2009 Lake Eyre had filled (not completely) and it displayed on the map of Australia in Google Maps/Earth.

Lake Eyre in Google Maps with the timeline

But that rain fulfilled God’s promise of rivers in the desert and ancient lakes filling up… but those rains were not in the Murray Darling River Basin.

You can read more of the story in depth here.

But more rain came during the wet season and this time it made it to the river mouth and the lock was opened in September for the first time since 2006. 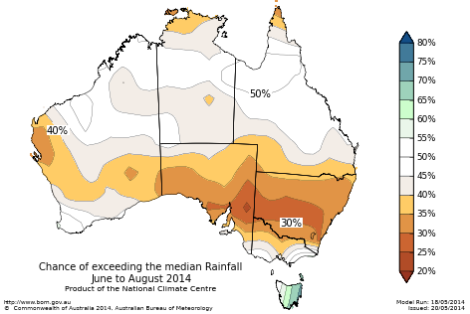