Last night I had a dream.

For God speaks again and again, though people do not recognize it. He speaks in dreams, in visions of the night, when deep sleep falls on people as they lie in their beds. – Job 33:14-15

Not all dreams are from God, but when I do have one I know it is He Who is speaking.

Im not really sharing this… I’m recording it, because it is a guide for my near future.

In the dream I was in a house, outside the back of the house, with a lady. In the dream I felt she was married to someone. She and I picked up some colourful small things… sort of like jelly beans… I remember the yellow and red. I think there were three of them. 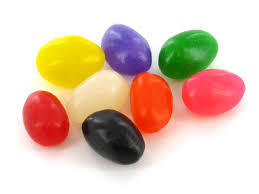 Then she said to me “I want to show you something” and she led me away from the house, around the corner, into a dark place. I noticed the darkness and I realised we were under a tree. I thought we were going to get together, but then I remembered that she was married to someone else.

I left her. I walked past the tree, leaving her behind. As I walked past some overhanging leaves, into a clearing… I was standing hip deep in a pool sort of thing. 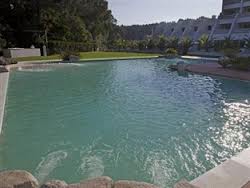 There were two men standing to the right on the edge of the pool, not in it, and they were watching me.

The pool began to move!

I noticed that the whole pool was on a deck of a ship with the sky above – although I did not notice the sky. It seemed like all of life… the house… the lawn, the tree… was on that ship. 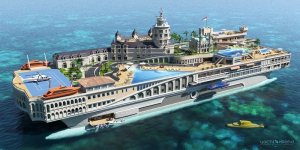 To the left and to the right were buildings… but they were also on the ship.

The pool turned around in a circle slowly and then began to move along the ship with buildings to the left and the right. I was a bit alarmed because I didn’t want to be in a crazy ride that would scare me. I said to the man that I didn’t want this pool ride to scare me… and he spoke to the other man. They were not in a pool, they stood on the edge.

I was still in the pool. I was no longer frightened, I was enjoying the experience of being in the water and the rapid progress along with the ship on either side!

Soon the pool had reached the bottom of the ship – completely safely – and plunged off the ship and into the sea.

The pool must have had hard edges because as it landed in the sea I saw two large glass buildings IN THE SEA and the pool SMASHED its edge into one of them. I remember looking at the huge crack in the glass, where the edge of the pool hit it. The two glass buildings reminded me of shops in malls selling things like expensive clothing.

I was not afraid at all. The one glass building had a huge crack in it. The other had a door open at sea level but no water went in and neither did I. I could see a couple standing in the doorway. They were completely dark… filled with darkness… no light shining on them.

I got out of the pool – which was submerged in the sea – and I began to joyfully swim in the ocean. It was so lovely. (In real life I love to swim!) I swam and enjoyed the feeling of freedom. In the ocean there was an area more or less near where the beach would have been…. in other words it was not in deep water… and I felt completely happy and safe to swim there… it felt warm. I dived under the water in joy as I swam there.

The last scene in the dream was of me standing behind a glass window looking at myself and that lady picking up those small colourful jelly bean-like things. I watched myself doing it and wondered how I could be here (watching) AND there doing the picking up.

My own (initial) interpretation

I think I know…

Thats my 2 cents. Id like to hear your 2 cents!

7 responses to “Dream last night – leaving, the pool and sea”